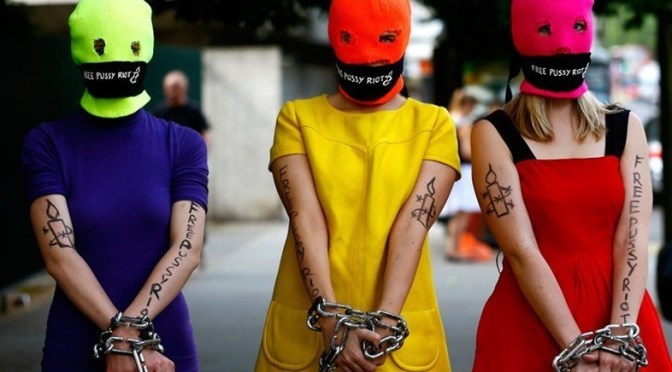 This blog post follows on from my previous one in further outlining my research and my plans for the presentation and research report on cyber/art activism. I will focus more here on how the previously mentioned case studies are; through their art making the most of the advantages of the web and new media technology in order to be politically disruptive and construct aesthetic and political responses. In doing so I will expand more on the feminist punk group Pussy Riot. 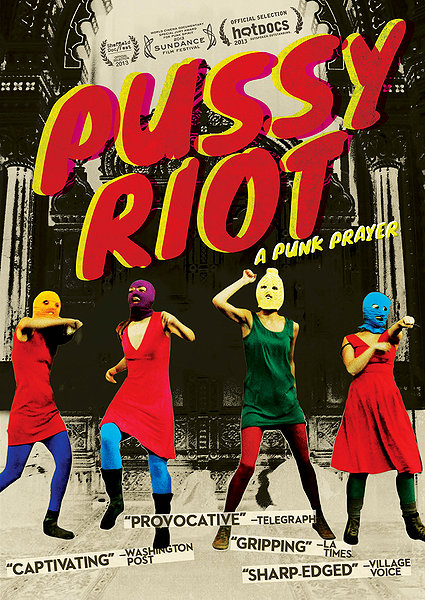 Pussy Riot identify as feminist artists, artists who represent feminist notions. As Carty And Onyett claim, women in art nowadays “redefined the public spaces… they look for themselves in the noplaces, in the cloud, places where these cyberfeminist artists are safe from being engulfed by the traditional structures that art inherent in any organised system.”(Carty, V. & Onyett, J 2006. p.1). The online platform is a place that allows an artist to have a bigger audience, to have their message heard by a larger demographic. It is no longer the museum-goer who has exclusive access to these works, they are inherently public. This is the nature of activism itself, it is meant to be heard.

In the case of Pussy Riot, their artistic platforms encourage sharing and involvement from viewers. If their performances weren’t filmed and shared would they have caused such a stir and political up rise? Their performances are surprise performances, with no advertising or ticketing,  online platforms facilitate their performances being heard further than just by the passerby who sees it first hand. Videos being shared online, locations of performances as they happen being tweeted about, allow a wider involvement in their art. Another way Pussy Riot directly engage with cyberculture, is through their recent protests against cyber censorship.

Without the help of the web and cyber communities, Pussy Riot’s audience would be limited, compared to what it is currently. Not only do fans and followers of the band assist in their spread and societal influence, but also the media too facilitate this. While much of the related content in the media is negative towards Pussy Riot it is still gaining significant attention and helping spread their political messages. Much of this media is also more mainstream, so it produces a larger audience, separate to niche groups, which again furthers the spread of Pussy Riot and fosters their support. 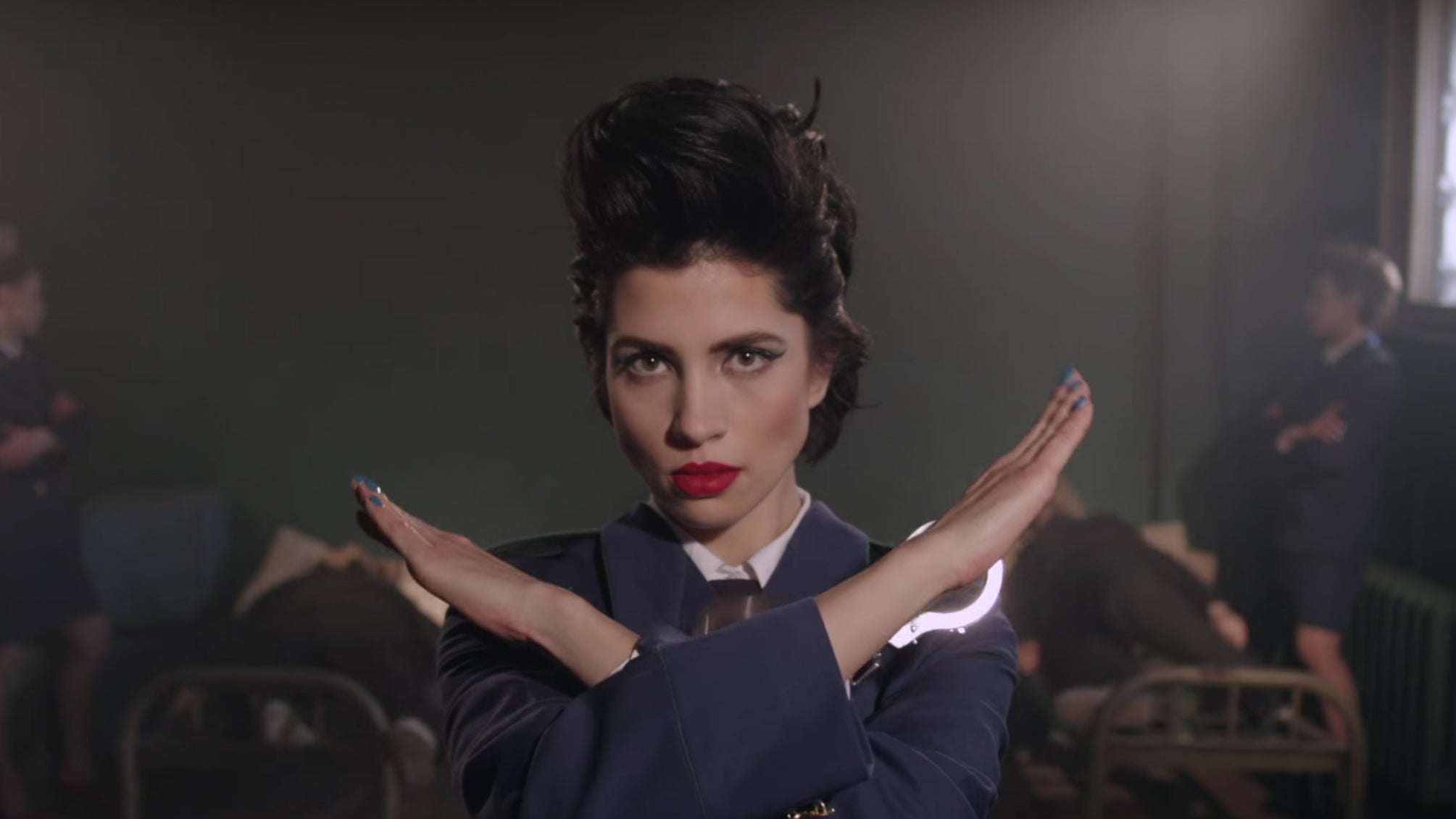 The presentation overall will draw upon my two blog posts and will outline the research report. The presentation will begin with an introduction to my topic cyber/art activism, and explain its relevance to cyberculture. I will then briefly delve into examples of art activism, being Women on Waves and Pussy Riot and potentially another example, time permitting. I will include images of the examples and possibly some videos to help explain them. Finally to conclude I will discuss my plans for the research report and the overall planned outcome.

Harris, A. (2017). Art, activism and our creative future. [online] The Conversation. Available at: http://theconversation.com/art-activism-and-our-creative-future-46185 [Accessed Mar. 2017].