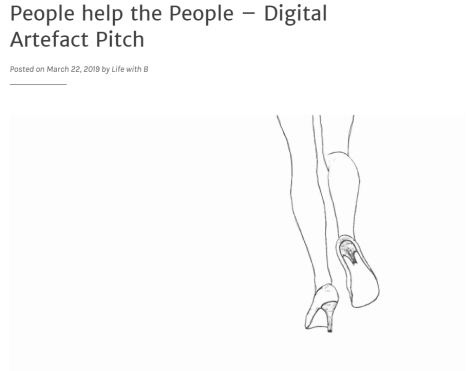 I think my comment found here was one of my more useful and helpful ones. I tried to suggest about how she could begin her DA as a facebook group and then integrate it to a website or app in the future since it would be a ton easier than trying to separate out who is a male or female on a website or an app. I suggested integrating the safe zone app as well which might help her, I have never used this app so I don’t actually know how well it works so I couldn’t give advice on that, but it seems similar to what she wants to create. I sadly could only provide one link but I didn’t know what else to mention.

For my second comment, I was reviewing Katrina’s DA ‘Don’t Get Me Started’ which would be a podcast where her and her friends and other people who want to be on the podcast would be venting about their frustrations and offering support. It would be once or twice a week through Skype and uploaded to Soundcloud or Spotify either raw or edited. She wants to provide a place for peer support and to help people vent.

I tried not to be too harsh on this comment, I tried to suggest helpful critiques and suggestions to perhaps make her podcast a bit more organised by knowing what topic each week was going to be about, suggesting that right now if it was general venting, it might get a bit tough to edit. I definitely used way too many ‘perhaps’s’ and ‘maybe’s’, which I shouldn’t have to make it more to point.

I wanted to suggest helpful things to use in her DA. I suggested using Discord instead of Skype since I have had experience with both and like Discord much better and provided a link to that. I also suggested that using Soundcloud would be easier to get her podcast on since I found a link that showed how hard it might be to get a podcast on Spotify. 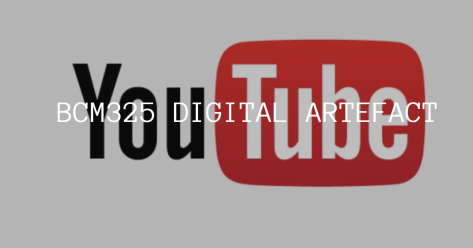 My last comment was reviewing Kiana’s DA of her Youtube channel which is a continuation from one of her previous DA’s which is a Youtube channel, she posts content of what she likes doing, funny things or things she finds funny or basically anything she enjoys, it is very easy DA but comes across complications while editing her videos since she finds it boring.

I think this was one of my worst comments. I tried to be helpful in the beginning but not knowing what editing software she was using might have eliminated that. I suggested Wondershare which is a video editing software I heavily rely on.

My last bit to my commenting was by far the worst out of all the comments. Kiana mentioned that she could see Youtube doing educational streams for schools in the future, so I suggested a similar article that showed how people are already live streaming educational streams on Youtube’s main competitor, Twitch. My last bit of commenting didn’t help her DA at all but I also didn’t know how to suggest any more that could help her DA, which maybe I should just leave out in the future.