My approach to live tweeting as changed over the course of the past 5 weeks or so, alongside changes to class structure and screenings. But what came of it? Lets have a look. 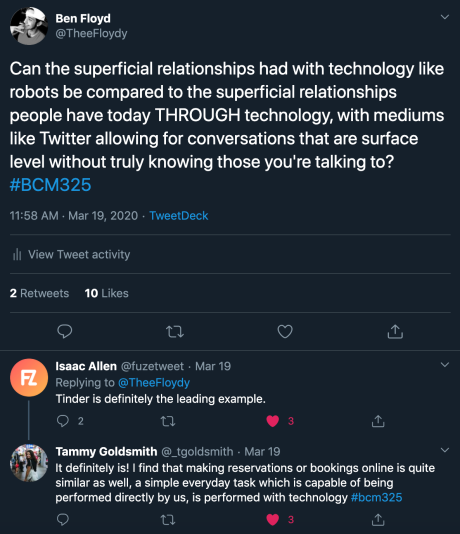 When sharing my own thoughts that were provoked by a film’s content, I considered the concept of the “prehistory of the future” as was covered in the week two lecture (which is also an example of ‘visioning’, a term from week 4 coined by Elonora Massini). I tried to frame my opinions as questions or thoughts that considered the future as the films suggested it could look. Evidence of engagement can be seen in figure 2, and in further examples of this that can be seen on my Twitter, I attempted to pose questions regarding the future and what these films were suggesting that fellow students could comment on in engage with, as…