My Digital Artefact: Attack of the CyberPod

I chose animals in cyberculture as my topic because a lot of information that was presented to me was about humans and how technology has been impacting human life. When watching Ghost in the Shell there was only one real scene that showed an animal – an ordinary dog looking straight at us. My curiosity was peaked about why in so many movies about technology are a lot of the animals just plain and regular animals. If people can change so much with technology why can’t technology change animals in significant ways.

Early research led me to milk production in cows and how much influence technology has had on milk production. I had no idea that milk production and the reproduction of cows was so heavily linked in maintaining the purpose of cows. Continued analysis found me at a halt where every animal I looked up, technology only influenced the purpose of the animal in relation to how people use the animal. In the case of cows the purpose is milk and technology was used to make sure that farmers got the highest quality and quantity of milk that can be produced. Technology that did impact cows was only for the benefit of the cow to make the most milk as consequences of technology impacted on the natural lifespan of the cow.

I found that as technology has been used on animals for the purpose of human intention there is a loss on the natural behaviour of the animals being used. Technology gives and takes the lives of so many animals and justifies that while the treatment of these animals is unethical it is summarized as being more ethical to do these things on animals than on humans because the purpose of doing theses things is so humans get the benefit. While I experience personal disgust from reading how baby male calves are handled and the treatment they go through to only be killed I can see that there is validation when people want to fight for animal rights. Though the personal feeling is separate from the purpose that I researched these animals are for and many other aspects of animals in technology that are questionable.

There are technologies much like 3D printing that allow animals to get back pieces of themselves to live a normal life – like a beak or a flipper. While these creations allow for an animal to be nearly back to new these creations are a step in what can be possible in the future. My first though when talking about the progression of the human mind into a computer was that you would not have a dogs mind placed into a computer so where would happen to the animals and where would I get to see a dog in this world of technology?

My Digital Artefact is a game called Attack of the CyberPod. I see it as a future consequence of people continually using animals as test subjects. One of these days scientists will hook up an Octopus to a computer to see it if can control what is on screen. What happens instead is that the Octopus is more intelligent than first thought and combines itself with the computer to create an Octopus Cyborg that utilizes all the information of the present time to grow, to become wise and to become the Queen.

Talkin' About Technology, yet not restricted to.

Previously I wrote a blog post about the purpose of dairy cows and how some technology has impacted the production of milk. The production of milk is the sole purpose for dairy cows; with specific needs to get larger quantities and better quality of milk, research and technology is used to improve these needs. As progress continues to be made through different areas of research there is a consistent and constant improvement on past creations to aide milk production. 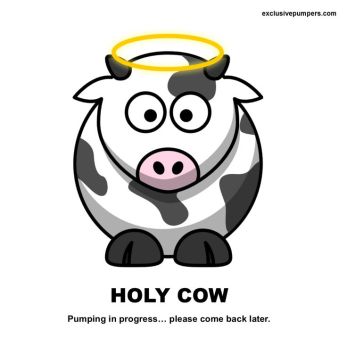 Artificial Insemination; the ability to impregnate a cow without the needs for a bull to be present became a solution to mass breed a herd of cows to get a consistent and constant rotation of lactating cows. Artificial Insemination is a remarkable story of tireless workers, dedicated to the pursuit of knowledge, to the replacement of fiction to facts and and application of thereof. When it comes to…

Talkin' About Technology, yet not restricted to.

Cyberculture represents the presence of computers and networks in all aspects of contemporary life such as our social life, education and labour. With each area being represented by the combination of human capability, its effect on technology and the return relationship that technology has on humans. However, there is another group that can’t control technology as easily as humans but is affected by it. That group of course being animals. 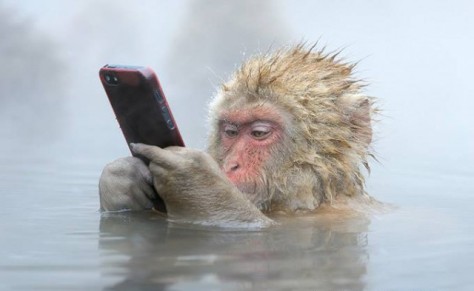 A Monkey and his phone. Source

Animals are everywhere and we use them for everything. We have farms where cows and sheep roam for textile and food production, we breed cats and dogs to have them as pets and we even group a bunch of animals together in an area and call it a zoo so we can look and admire the exotic-ness of them all in one place. Society has used animals for many reasons and as humans…