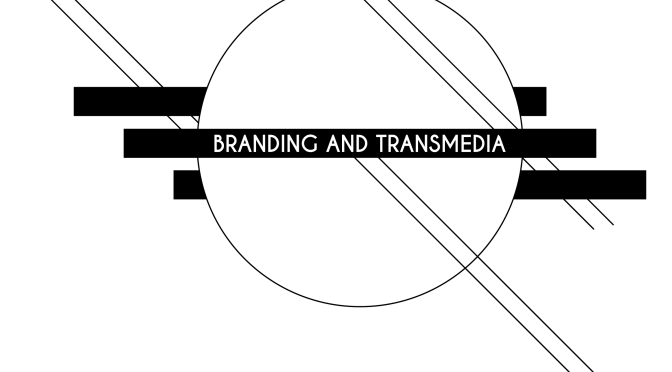 Brands are essentially a universe of their own.  They tell a story, they deliver an idea, all with the intent for you to listen to them, to engage with them, to buy their products, or subscribe to their service.  My prezi explores how transmedia can be utilised within branding strategies, looking at case studies of Melbourne Metro’s Dumb Ways To Die, and Childish Gambino’s Because The Internet.  I also pose the question of whether or not our personal branding/online presence is a transmedia narrative in itself.

I just read an article from a 2013 issue of Variety that practically said that the album is rapidly dying. Want to make a concept album? Go ahead, but know that it’s not going to reach a large amount of people. Like the dinosaurs, the album is becoming extinct, yet artists still stick to the format. Contrary to the article that Variety published, “physical formats still account for over half of all global revenues (IFPI, 2014)” (Brown and Knox, 2016). But what exactly is an album? Most of us would think of a physical copy of music, whether it be a CD or vinyl record. But it’s much bigger than that.

In tutorial the other week, we were bouncing around ideas about the term ‘album’ and I really liked concept of it as a cultural unifier. Clichéd as it sounds it brings people together. For example, I have Childish Gambino’s 2013 album Because the Internet (which you should all take a listen to). That album alone has a multitude of websites, forums, and entire Tumblr accounts dedicated to it. By having that album, I am now submerged into the culture of the Boy and roscoe’s wetsuit. I have invested countless hours surfing the web reading about the theories and meticulous analyses of each track from BTI. By reading these articles, there’s this invisible bond between all of us avid Gambino listeners.

But if people really think that the album is dying, why do people like me get so excited when they buy a physical copy of their favorite artist(s) work? There’s something about sitting down and listening to an album straight through and digesting the lyrics, instrumentals, and concepts/ideas that the artist raises. According to a study done by North and Oishi (2006)—which focused on why young adults from Japan and the U.K. purchase CDs—found that there were five factors into buying an album:

I can attest to these factors. I’ve definitely mixed and mingled those factors when purchasing an album. But it may be the generation that which you grew up in, the answer to if the album is dying, may differ. Baby boomers might not see the physical album dying, as that’s what they’ve grown up with. “The idea of downloaded ‘product’…was seen to be a more detached, modernist item, having less symbolically ‘magical’ and shared elements than vinyl artifacts…”(McIntyre, 2011 pg.145). Millennias and those of Gen Z might argue that it is and that they only digitally download/stream/pirate their music.

So for my research report, I think that I am going to focus on how cyberculture has affected the way in which music is being distributed. I’m still working out the details, but I’m thinking of breaking my report into sections. Maybe first looking at the vinyl/CD and the importance of the tracklist, the mixtape/playlist relationship, and then possibly end with digital distribution and how some artists will no longer be selling physical copies of their work  *cough, cough…Kanye*