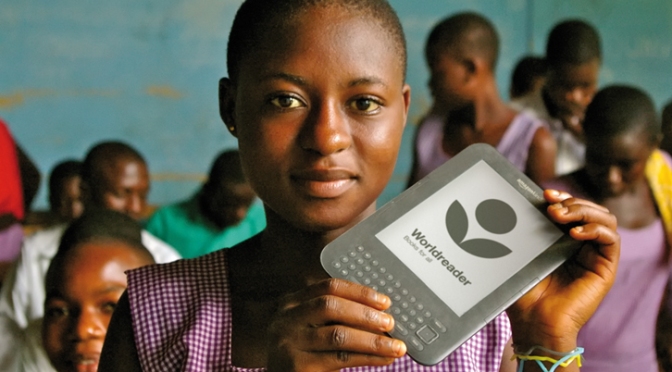 If you’ve read my previous post (which, to be honest, I’d totally understand if you hadn’t), you’d know that for my digital artefact I’m looking into the way that advancements in technology are being used around the world to solve important problems. This post is my place to summarise and your place (beloved reader) to understand the scope of the project, where it’s currently at and why it’s important. Basically, read on to discover a summary of CyberSolutions: tech used for good not evil.

Reasoning behind project:
On a slight aside, my favourite thing about my university degree is the flexibility I have throughout my assignments: I am given the space to research a topic of my choosing within most subjects. As such, I like to centre my assignments around my (hopeful) career. As someone with deep passions in social justice and a deep hope to contribute towards social justice within my career, I am fascinated with the way technology and marketing can be used to overcome some of the issues our world faces. And so, this project is a way to collect informative examples of tech being used for social good. Originally, as outlined in my previous post, I was specifically hoping to focus on CyberPoverty, however, as I’ve now found out, sadly there isn’t an overwhelming amount of tech that’s sole purpose is to alleviate poverty. So, to broaden the project and provide more examples, I am now focusing on tech for all sorts of social purposes. I am hopeful that this project will create a space where examples can be easily seen, compared, and maybe even inspire more change.

The project itself:
The project takes shape in the form of a website. Within the (work-in-progress) website is a world map with pins dropped on countries with tech examples. Clicking on that pin will then bring up a page of information about the example. Initial plans were for either a Prezi or a blog. I decided against a Prezi as I want the reader to have full control of which countries they are looking at, and Prezi’s don’t allow for huge amounts of text, which aspects of this project requires. A blog also didn’t seem right as I feel as though a blog really incorporates the writer a lot into the content, whereas this project is really about the information, not about the writer.

Other features of project:
An interesting almost spin-off from the main information in my project, is the paradox that comes with technology. My previous post touched on this aspect, however, the final website will have an entire section on this so I’ll collect the thoughts here.
The paradox exists between technology, the rich and the poor. As my project investigates, there are technologies out there being used to help those that struggle the most, notably, those living in extreme poverty. However, as the richer countries create mind-blowing, seemingly impossible technologies everyday, this means the poorer countries fall further and further behind in advancements. As such, technology widens the divide between the richer and poorer countries but one day it may also close, or at least lessen, the same divide. This is the paradox.

An estimated 79% of the people in the ‘Third World’ – the 50 poorest nations of our world – have no access to electricity. The total number of individuals without power is listed at about 1.5 billion – a quarter of the world’s population. Mostly in Africa and southern Asia (Gronewold). So, if fundamentally a huge, huge, chunk of people in our world don’t even have access to electricity, how are they meant to keep up with technological innovation? And this is the digital divide that Manuel Castells discusses in his book, The Internet Galaxy. He talks about the rapid diffusion of the internet and how it is spread unevenly throughout the globe: the Internet presence for some individual countries, especially in those classified as developing, is much lower. This lack of internet in the ‘developing world’ is being driven by the huge gap in telecommunications infrastructure, internet service providers, and internet content providers as well as by the strategies being used to deal with this gap. We, in richer countries, are basically saying to the poor that “you can’t sit with us”, technological social exclusion of millions of people, sounds like the worst high school playground of all f**king time. Poorer countries are kept reliant on first-world innovation, adding to the viscous cycle of ‘white-saviors‘ and poverty.  Castells discusses how the Internet is not just a technology, its an organizational and connective community. Most of us use it every single day for multiple purposes, we can’t imagine our lives without it. But what we need to imagine is the wide divide that exists because of these differences in technologies around the world.

What this project has made me decide about the cyber paradox is that these technological advancements are going to happen regardless. And so, even though this might add to the digital divide, it might also help to close the gap between developed and developing if the tech is powerful enough to solve some serious social stuff.

Challenges:
The biggest challenge I have faced within this project is actually finding the relevant examples. I’m not sure if the examples are hard to find because a) there isn’t much tech being used to solve problems (hopefully unlikely) b) the examples aren’t being broadcast to the rest of the world or c) I’m real crap at researching (probable). Regardless, I’ve found it to be a bit of a struggle to locate, and verify, purposeful technologies.

It’s also been a challenge to present the project exactly how I originally wanted. In my mind, the project ideally would be an interactive world map where users could hover over and a small box would appear with the country and the title of the tech, then they could click in and bring up a pop-up box with more info about the technology. However, since I’m not very experienced in the website-producing area, I’ve struggled with hover-over abilities. So, to adapt, users can now just click on a pin to see the example.

This neat lil piece of tech is used to test food or drink for the presence of gluten. Coeliac and gluten intolerances are heavily present within Society, so to save people the risk of eating something that contains gluten, people can test their food in 3 minutes with this technology to be sure. A handy little tool for solving a prominent social issue.

775 million people in the world are illiterate, and as the population grows, the problem is worsening. Worldreader uses inexpensive e-readers with extended battery life to provide books to children and young people. The program support the e-readers with extensive training and capacity building for teachers, facilitators, and librarians, and features fun activity plans that are designed to nurture a love for reading. The project has reached more than 200,000 people in 27 countries, providing them with more than 5,000 book titles in 23 languages. – Gharib 2014

Philippe Douste-Blazy, a French cardiologist and a special adviser to the secretary general of the UN tested the theory that people wouldn’t notice a small amount of money coming off as a tax on expensive things they purchase. He tested this using a service charge of  €1 on tickets for flights out of France. Between 2006 and 2014, they made US $2 billion and received no complaints about the levy. This money has been spent on initiatives to fight HIV and AIDS, tuberculosis, and malaria in third-world countries – Grimminck, 2015

Slavery affects 20.9 million people in the world. Katherine Chon and Derek Ellerman were appalled when they encountered an article on the terrible state of a brothel near their campus during their senior year at Brown. When police raided the building they came across six Asian women who were “being held in a situation of debt bondage.”
Katherine and Derek created a victim outreach program to locate trafficking places and networks, and help victims obtain services. They soon worked with other partners to bring bills to Congress and introduce legislation that protects victims while penalizing offenders. Polaris made the National Human Trafficking Resource Center into a national anti-slavery hotline in 2007, which is available in over 200 languages, and a place where callers can report a tip or receive anti-trafficking services; in March 2013 they established a texting option where victims can text HELP or INFO to “BeFree.” – Goodnet 2015

Whilst not a widespread technology in use yet, a proposed solution to gun violence in America is the introduction of smart gun technology. These smart guns would ensure that only an individual, or a few people, could fire the gun. “One technology utilizes fingerprints. Another company uses a wristwatch that sends off a frequency to the gun and activates it. Yet another uses hand biometrics, and those are just a few. These guns could significantly cut down the 11,000 deaths caused by stolen guns. That number doesn’t even include police officers who are killed in the line of duty with their own gun.” Grimminck 2015 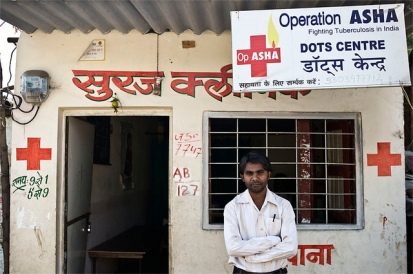 Tuberculosis is a global health problem focused on the poorest people of the world. TB is difficult to treat effectively in this population, given limited access to healthcare and the long course of antibiotics necessary to cure the infection. Operation ASHA created the eCompliance project to combine biometric technology, deployed by community health workers to ensure continuous and effective delivery of antibiotics to TB patients in India. Fingerprint log-ins allow nurses and health workers to accurately identify every patient, and record their ongoing compliance with treatment. Operation Asha has facilitated treatment of more than 30,000 TB patients to date, with over 5,000 patients currently under care through 159 clinics in India. – Gharib 2014

These are just a few examples I have found so far. Check back in a few weeks for the final project 🙂